Story by Judy Colbert for Southern Maryland This is Living

When your furniture sends you an SOS, it’s time to call SFS
Schoenbauer Furniture Service of Charlotte Hall.

That’s what people from all around the region do and have been doing so since 1990. As the company boasts, “We serve over 450 zip codes.” Depending on what needs to be done, they’ll either pick up your furniture or restore or repair in your home. They’ll also fix the family treasure that fell into a mess of shards when a visiting dog tore through your foyer or when a tornado twisted its way through Charles and Calvert counties. Some of the company’s business has involved repairing furniture damaged by moving companies, too.

With so many military and government families in the area serving around the globe, office manager Katie Schoenbauer Morgan (and the fifth generation of the Schoenbauer family to work in the business), says work the company has done can be found almost everywhere.

In this family-oriented operation are Katie, who’s been working for the company for 13 years, and her dad, Bill, who is the fourth generation to run the company. Then, there’s his younger brother, Mike, a 30-year employee, who is the finishing and production manager. Jon DePompa, a brother-in-law, is one of the lead road technicians who travels for in-home repairs. Mikey Schoenbauer, Morgan’s cousin, who’s entering his senior year of high school, is an apprentice during the summer.

Jobs of All Sizes

In 2007, the company expanded when it bought the highly regarded Georgetown Refinishing & Antique Restoration which had been in business for decades. Known for repairing and restoring antiques and other home furnishings, the Schoenbauers brought the business to Charlotte Hall.

Schoenbauer does more than small projects.

The folks at Baltimore’s Enoch Pratt Free Library sent some 250 desks, chairs, sideboards, some sofas and other furniture from the main branch to Schoenbauer as part of a massive, historic restoration. It’s the first full renovation for the 290,000-square-foot building that was erected in the early 1930s. Most of the furniture is the original wood, and Schoenbauer is restoring the finish.

“It’s not really badly damaged,” Morgan says. “We don’t have to fabricate to match and replace the original. It’s walnut veneer on tables.” The work is scheduled to be completed, in phases, by February 2019, with some small pieces finished in September, a few in November, and the rest three months later.

Sandra Vicchio of SV&A in Baltimore is the lead architect for the library project and says they’re “always interested in seeing a family-run business where the younger generation is working with the older generation. It’s somewhat unique in Maryland. This project will bring back some of the historic aspects of the library, particularly in the public space. It’s an important part of the work. To replicate the library tables in the original materials would have been incredibly expensive.”

Schoenbauer Furniture Service also is working on a project for the National Institutes of Health in Bethesda, where the company is doing upholstery on 100 pieces for the Edmond Safra Family Lodge. The ADA-accessible lodge is a home-like facility with guest rooms offering overnight accommodations for families and loved ones of adult patients who are receiving care at NIH.

“We always have unusual things coming through the doors,” Morgan says. “One of the most unusual projects was about a year and a half ago, for the very old Korean Legation Museum in Washington, D.C., where they had several hundred ornate interior shutters. The Korean style has intricately detailed hardware, some of which was missing and had to be remade to match the original specifications. While the wood wasn’t unusual, the shutters weren’t all the same size, so they had to be cut and shaped to fit into the existing windows.”

Perhaps the most surprising thing about the shop, Morgan says, is that “most of what we do is by hand.”

She says the family takes pride in its work. “We feel honored to be part of their history,” she says, talking about each item that has been entrusted to the Schoenbauer company.

Schoenbauer Furniture Service is at 30507 Potomac Way in Charlotte Hall. For more information, call 800-955-7603 or go to schoenbauer.com. 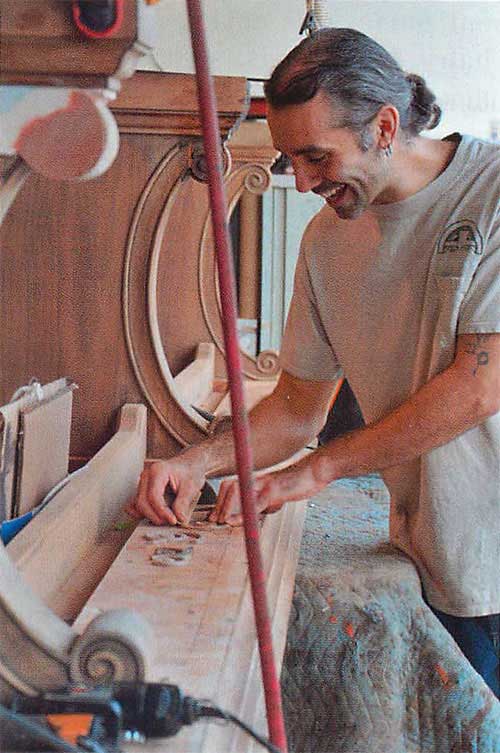 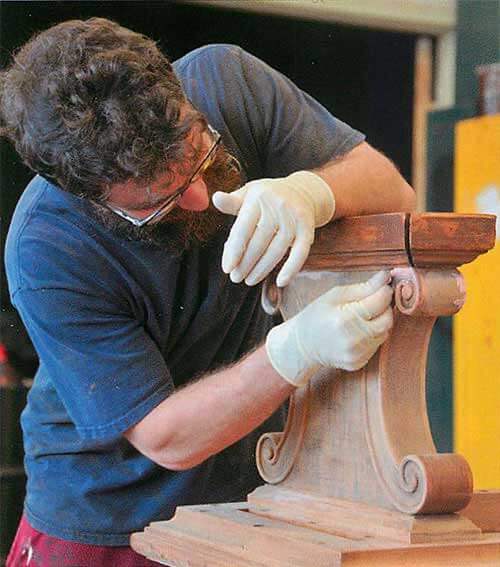 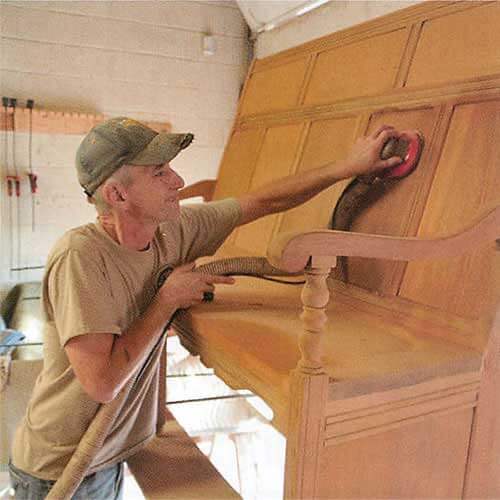 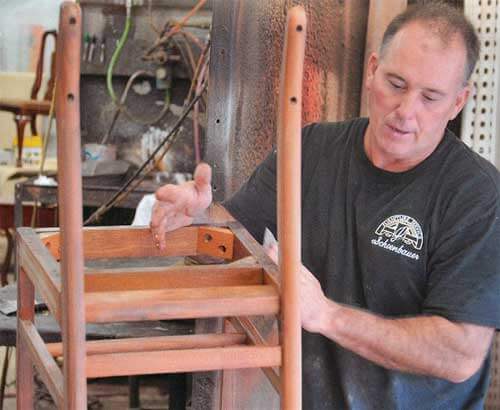 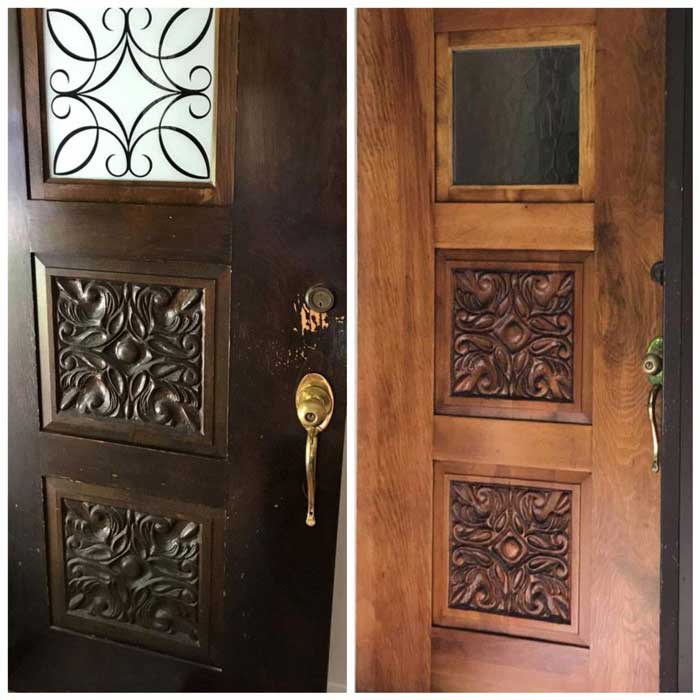 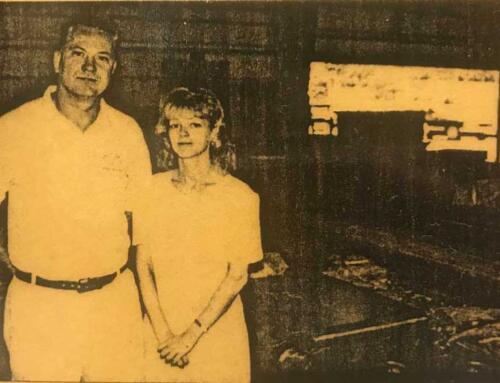 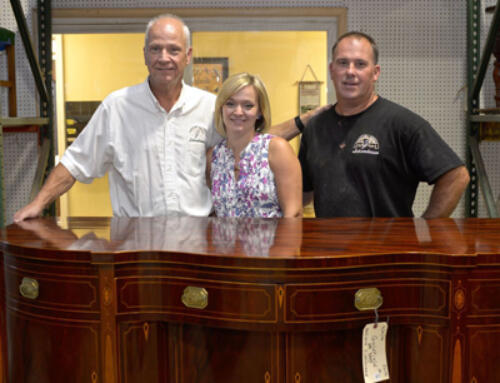 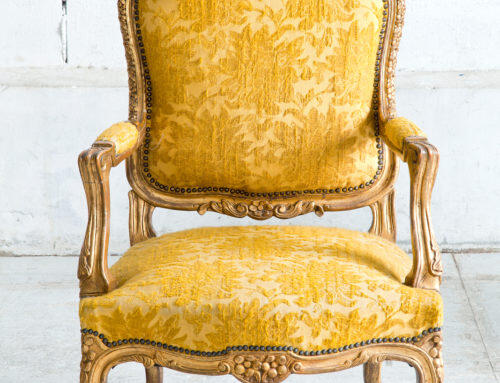